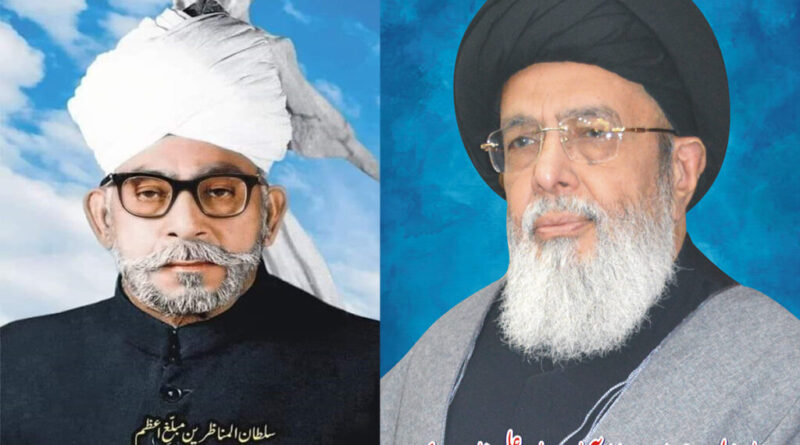 ISLAMABAD, June 14, 2022: The Patron in-Chief of Supreme Shia Ulama Board Quaid e Millat e Jafariya Agha Syed Hamid Ali Shah Moosavi has said that like the Fitnah of Qadiyaniat, Shia-Sunni can jointly thwart all kinds of conspiracies through unity. The historic role of Maulana Muhammad Ismail to defend the ideology of Khatam e Nabuwat (finality of the Prophethood) can never be forgotten. The defeated Qadiyaniat is still involved in the conspiracies of Takfeeriyat and confrontation among Muslim sects. Thwarting all those efforts and conspiracies that impose one sect on another, is the responsibility of every patriotic person. Pakistan can be internally strengthened by ensuring delivery of the legitimate and constitutional rights of all sects.

Agha Moosavi said that Maulana Ismail was the only Manaazir i.e. debater who didn’t lose even a single Manazrah, and thwarted the attacks on Islam, Quran, Ahl-e-Bait (A.S), Pious Sahaba (R.A) and other Islamic attributes. Through his heart touching speeches, Maulana Ismail motivated masses in favor of the freedom movement of Pakistan and played important role in defeating British colonialism. The respect of the lady of heavens Hazrat Fatima Zahra (S.A) changed the life of Muballigh e Azam Maulana Muhammad Ismail. It is the responsibility of the state to introduce next generations with the heroes like Muballigh e Azam Maulana Muhammad Ismail.

He said this while addressing to the Majlis e Tarheem of the leader of Khatam e Nabuwwat and activist of the Pakistan movement Muballigh e Azam Maulana Muhammad Ismail held in connection with his death anniversary.

Agha Syed Hamid Ali Shah Moosavi said that the questioning and cross-examining by Maulana Muhammad Ismail played the key role in leaving Qadiyani leader Mirza Nasir as speechless and exposing Mirzaiyat and Ahmadiyat while the Ulama of Ahl e Sunnah kissed the hands of Maulana Ismail. Then came that historic day of 7 September 1974 when the decades old movement found its destiny as Qadiyanis, Mirzais, and Ahmadis were declared as non-Muslims to save Islam and the teachings of the holy Prophet (PBUH&HP) from a great Fitnah.

He said that as per an international conspiracy Qadiyaniat attacked Islamic teachings like a cancer while it must not be forgotten that the cancer of Qadiyaniat was cured through the unity of Shia Sunni sects. Agha Syed Hamid Ali Shah Moosavi said that Muballigh e Azam Maulana Muhammad Ismail’s teachings continue to defend Khatam e Nabuwwat even after his demise. After Mualana Ismail, the leader of Bazm e Ismail, Taaj ul Munazireen Allama Taaj Uddin Haidery while representing Tehreek e Nifaz e Fiqah Jafariya, once again defeated Qadiyaniyat in the Federal Shariah Court.

He said that Maulana Ismail kept engaged in spreading the Zikr of the grandson of Holy Prophet (PBUH&HP) till his last breath. His saying is still motivating people in which he said that I am the famous preacher of your nation, when I die, you may neither remember my books nor my Munazirahs however, never forget the blood of Hussain (A.S) and Chadar e Zainab (S.A) i.e. the Hijaab of Syeda Zainab (S.A). Agha Syed Hamid Ali Shah Moosavi said that Zikr e Hussain (A.S) is the key to defend the religion. All kinds of attacks on Islam right from Malookiyat to Qadiyaniat can only be thwarted by spreading Hussainiyat. 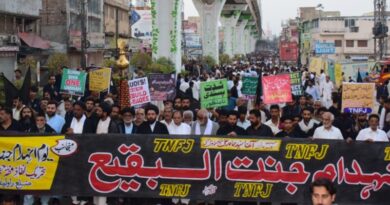 Chief Justice must take notice of consistent violations of the article-227, Agha Moosavi

Chief Justice must take notice of consistent violations of the article-227, Agha Moosavi